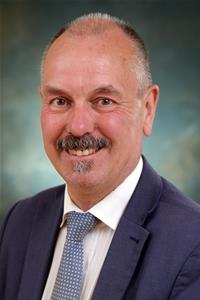 Councillor Eric Kerry represents the Attenborough and Chilwell East Ward and has been a Broxtowe Borough Councillor since 2003, after joining the Conservative party in 2002.

After finishing his education, Eric trained in Management Accountancy and worked for Boots for 23 years, helping to launch Boots Contract Manufacturing (BCM) during his time with the company. He then moved into sales and marketing as Vice President of USALabs Inc. based in Miami and head of European Toiletries and Cosmetics Sales. Eric also utilised his own his own SME consultancy company in the supply chain, opening accounts and creating new products with a range of leading retailers and brands.

Eric is also a former Director of Notts County Football Club having been head of a Supporters Trust fundraising effort to help save the club in 2003.